Back in 2010, the official timetable viewer for the Radboud University was very basic. Out of frustration, my friend Wouter Geraedts built an alternative viewer that not only allowed students to view their timetables, but also provided iCal-feeds and mails when an event was changed.

The screenshot below depicts the short-lived beta of the Ruuster rewrite, which I helped design. Sadly, it was abandoned shortly after the Radboud University replaced its official timetable viewer with a more modern application. 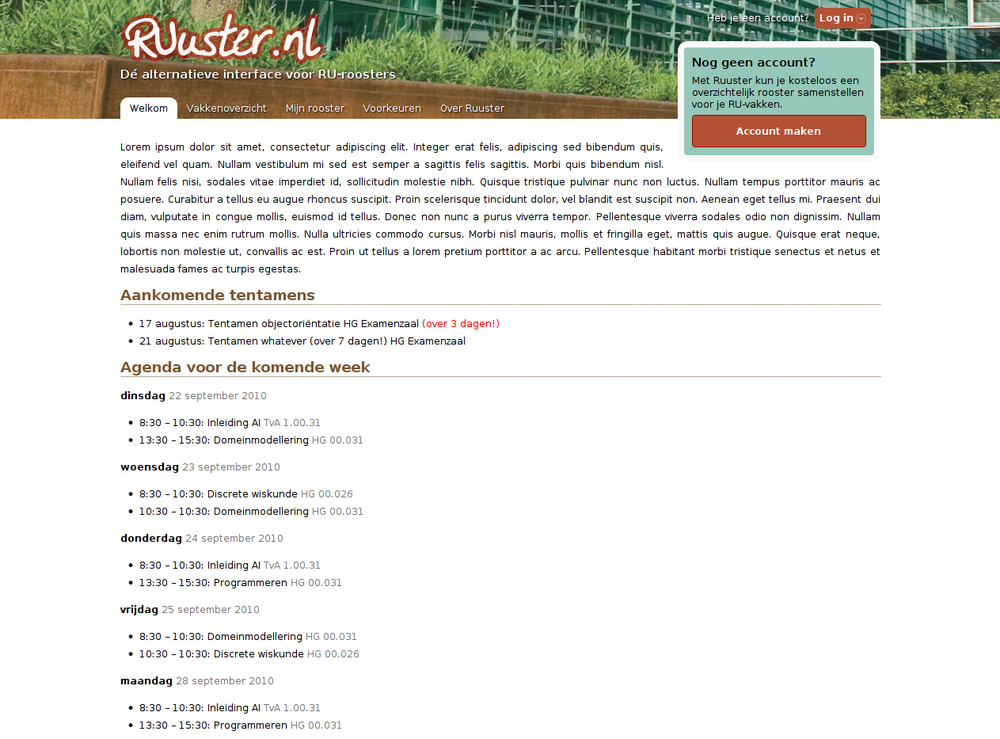